How to respond to yogic powers 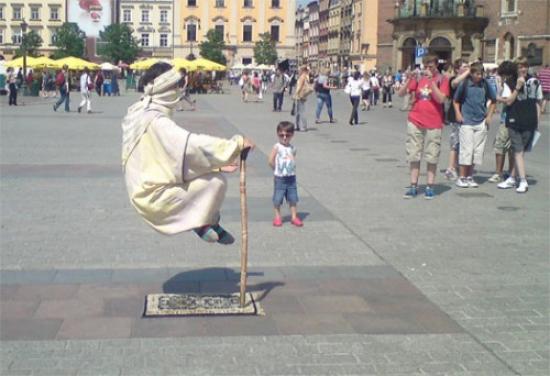 The Sanskrit medical works attribute rasāyana medicines wth a range of functions. The majority of formulations are meant to extend life-span, halt the aging process and rejuvenate. A sizeable number of formulations is also indicated for combatting disease. And then, some recipes for rasāyana medicines are described as conferring special powers. Special powers are more typically associated with spiritual practices, and this is how they are discussed in the Carakasaṃhitā in Śārīrasthāna 1.140-141:

"Entering someone's mind, knowledge of objects, free action, vision, hearing, recollection, beauty, and invisibility at will: these are called the eightfold lordly powers that yogins have. All that arises from meditation with a purified mind" (translation by Dominik Wujastyk, 2011: 40).

The special powers described in rasāyana chapters in medical works include most elements of the list of yogic powers laid out in the Carakasaṃhitā and also extend the list further. For example, a recipe for an iron tonic (lauharasāyana) is supposed to let the consumer attain "mastery of speech" (vāksiddhi), i.e., the power to produce truth, creating reality through the act of speaking.

The idea that humans can gain access to special powers through various spiritual practices, but also through the intake of elixirs, is found in many sources in Indian literature, and is still very much alive in South Asia today. The contributions in Yoga Powers (2012, ed. Knut A. Jacobsen) explore a number of sources that discuss the subject: Buddhist and Jain literature, the Pātañjalayogaśāstra, tantric and haṭhayoga texts. The volume also includes articles on how yogic powers are considered within present-day religious movements in South Asia.

In his introduction to the volume, Jacobsen (2012:15) points out that a feature common to most sources that discuss yogic powers is that the "traditions assumed that the powers could be explained rationally, neither considered unusual, not denied as irrational". This is also how special powers are presented in Sanskrit medical sources.

Discussing the concept of siddhis in his current course "History of Indian Yoga and Meditation" at the University of Alberta, Dominik Wujastyk explores the reactions modern readers might have when encountering descriptions of siddhis and balas described in the Pātañjalayogaśāstra:

Thinking of the kinds of special powers described as outcomes of rasāyana therapy, such as extreme longevity, I would like to add "Hyperbole" as a variant of Disbelief to this list of modern readers' reactions: The authors believed rasāyana medicines to be extremely efficacious and express this belief through exaggerations. A statement like "One who uses this rasāyana will live for eight hundred years" can be read as "This rasāyana will improve life span significantly".

We can sometimes see this interpretation reflected in modern translations of Sanskrit medical works. Consider, for example, the translation of this recipe in the 12th-century Vaṅgasenasaṃhitā's chapter on rasāyana (rasāyanādhikāra):

“Lauha bhasma 40gm, guggulu 120 gm, trikaṭu powder 200gm and triphalā powder 320 gm all are mixed together. Its use daily in a dose of 10gm makes a man live long without old age.”**

Here, “yātyamaratvam” - “he attains immortality” is glossed with “makes a man live long without old age”.

Similarly, see P.V. Sharma's translation of the effects of “the auspicious pill” (śivā guḍikā) in the eleventh-century Cakradatta's rasāyana chapter:

“If used regularly for a year it makes the person endowed with lustre, intellect, physical strength, immunity, corpulence, clarity of senses and energy and free from wrinkles and greying of hairs with maximum life-span. If taken for two years it further enhances life-span and alleviates all disorders”***

These translation choices, probably intended to make the descriptions of the effects of rasāyana medicines sound more reasonable to modern readers, should be understood in the context of the more recent history of Ayurveda. Since the late nineteenth/early twentieth century, Ayurveda has been subject to processes of professionalization and institutionalization. The result has been the development of a “Modern Ayurveda”, characterized by a tendency toward the secularization of ayurvedic knowledge and its adaptation to biomedicine.

However, there is also historical precedent for a more limited understanding of some claims. The nineteenth chapter of the Rasahṛdayatantra, an alchemical text dating to about the 10th/11th century, describes the use of mercurials for rasāyana purposes. Several of its formulations are ascribed with defying death and aging. For example:

Essence of mica, magnetic iron and mercury and calcinated gold together with wild asparagus juice,

consumed with clarified butter and honey for a year wards off death and aging.

However, the Mugdhāvabodhinī, Cathurbhujamiśra's commentary on the Rasahṛdayatantra repeatedely glosses “mṛtyu” - “death” with “vyādhi” - “disease”, while “jarā” - “aging” is more closely defined as “pālityam” - “greyness” (see Mugdhāvabodhinī on RHT 19.24; 35; and 72). Does this reflect scepticism on the part of the commentator, who decided to reinterpret the meaning of the term? Or does it represent how the term was understood at the time the commentator was writing -- though perhaps not the understanding of the term when it was employed in the root text? Or should we generally accept a different meaning for "mṛtyu", "amaratvam" and related terms in this particular context, and revise our idea of the aims of alchemists and physicians and their elixirs and tonics?

* My thanks to Dominik Wujastyk for making his teaching materials available to me.

Title:
How to respond to yogic powers