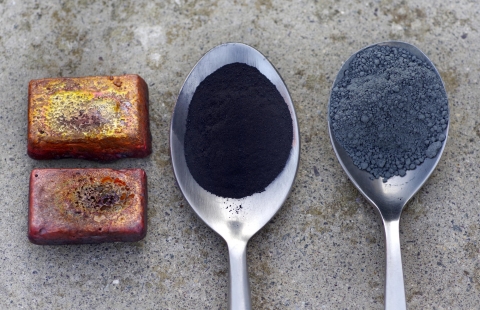 We are nearing the end of this series of experiments. But before we wrap up with one last recipe, we want to revisit one we did before: A recipe for imitating gold from the Rasaprakāśasudhākara.

This is the recipe:

Seven parts lead are amalgamated with one part copper.

Then, likewise, one should amalgamate seven parts zinc with one part of this copper.

We tried several versions of this recipe, because our first attempts showed us that the prescribed ratios of copper: 1, lead: 7, zinc:7 did not work. The high ratio of lead and zinc to copper meant the result was a rather silvery ingot. Flipping ratios to copper: 7, lead:  1 and zinc: 1 brought about a more convincing result: The ingot did look quite golden. 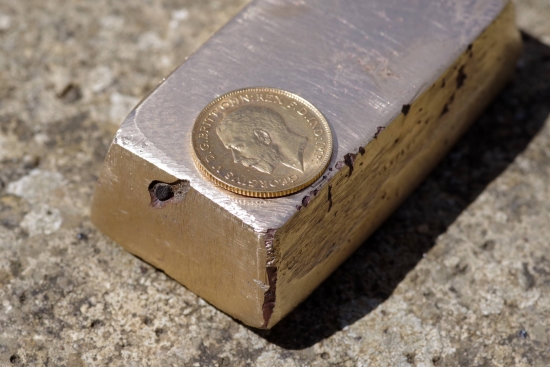 [Ingot from our initial experiment, with ratios of copper, lead, and zinc adjusted, see the film here]

However, we weren't totally satisified with the experiment, given how much we had changed the stated amounts. And our viewers on YouTube had quite a few things to say about it as well. Generally speaking, our second series of experiments has had quite a few comments, many of which may be summarized as "you are doing it all wrong!".

Just so for the aurifiction experiment. However, one viewer's comment was interesting in that they claimed to have successfully undertaken this very recipe. vikky unique's advice was this:

"I think u didn't understand the process well. I ve done this formulae 20 years back. First u take lead from ore virgin lead.add 1copper to 7lead and melt it in a reduction crucible until all the lead evaporates.it gets deep red colour and density increases.later add1to 7 karpara not zinc metal.it is a ore of zinc and make it evaporate.u will get all that uwant "

Lead ore is typically lead sulphide = galena. Zinc ore can be zinc sulfide, but is specified as "karpara" in the comment. We're guessing a typo for kharpara, which is "calamine", a zinc carbonate. Indeed, our text reads "rasaka", which I had just translated as zinc, but which is understood to be calamine more specifically in rasashastra.

vikky unique explained further: "First virgin lead is added in equal parts to copper and in a reduction crucible. Made of brick, calcium oxide, ash, and melted until all the lead evaporated. again add equal parts of virgin lead and keep on new reduction crucible and repeat the same process again.do it 7 times.in the same way do it with calamine in the end the copper should not have amy of the above metals in it.it makes u happy "

Well, Andrew doubted that the ratios would work even with the changed ingredients (we had used lead and zinc metals instead of ores), but we thought we would give it a go. We didn't have calamine, so Andrew made zinc oxide out of zinc powder, which should be close enough. 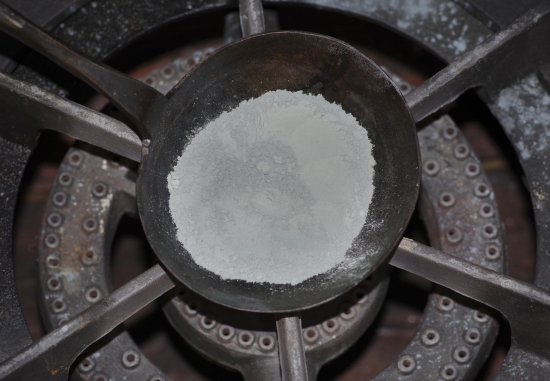 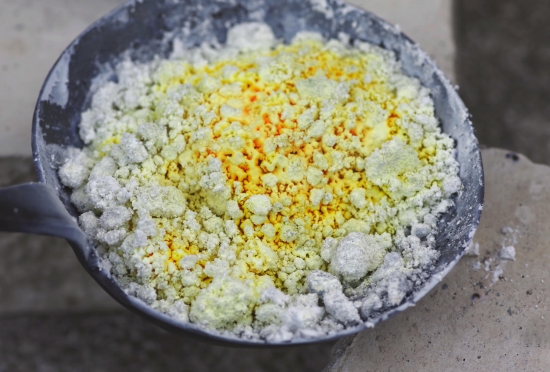 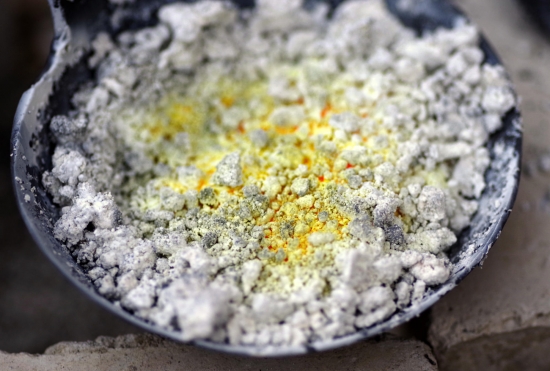 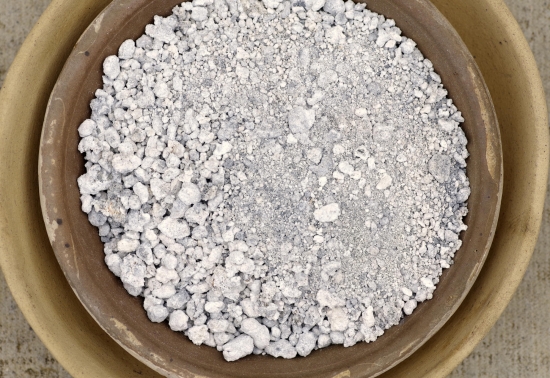 He also purified the galena, though this was not specified in the text. 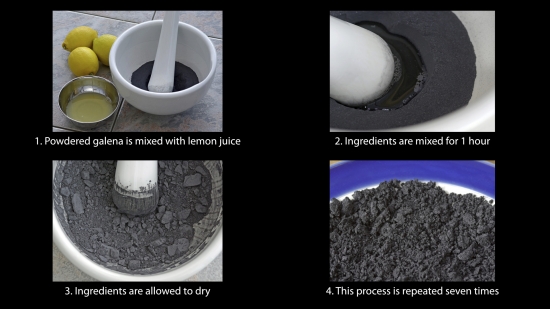 For the recipe proper, we melted the copper ingot, added the galena powder in increments, and then gradually added the zinc oxide powder. Then, we tried to cast the mixture. But easier said than done: It was too thick to pour. Andrew had to spoon it out of the crucible.

The crucible is ruined. And sadly, the result does not convince: 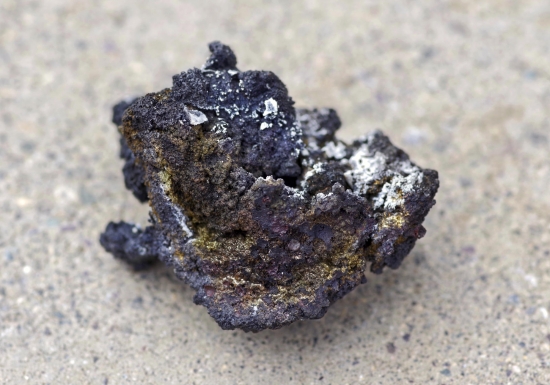 [Copper-lead sulphide-zinc oxide alloy: you wouldn't mistake it for gold]

Well, Andrew valiantly gave it one further go, reusing the ingot of the above mixture, but adding one more copper ingot. In other words, we were back to changing the recipe. 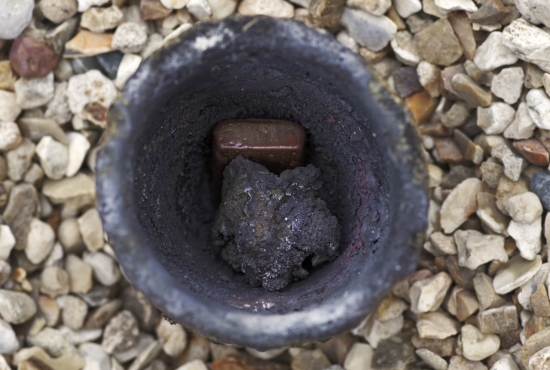 That worked a bit better. The mixture was liquid enough to pour, and also looked more gold-like after some polishing. 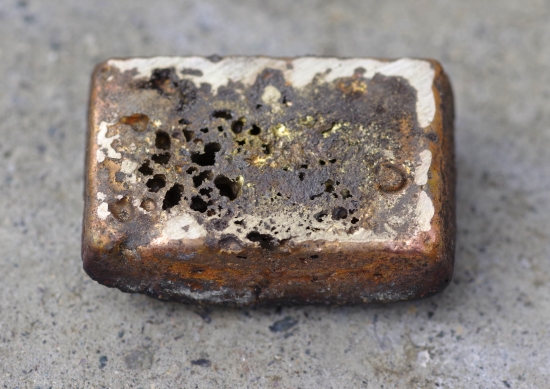 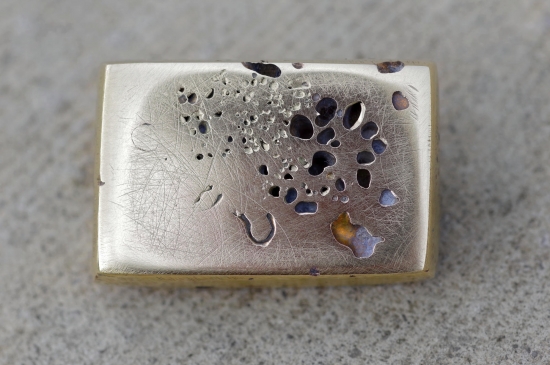 But clearly, lead sulfide and zinc oxide were not the answer to making the original recipe work. Perhaps we didn't quite understand what vikky unique was trying to tell us. We think the main problem is the ratio of the copper to the other ingredients. However, the text is fairly unambiguous when it comes to their proportional amounts - we cannot easily postulate a misreading or faulty transcription. Perhaps the author was deliberately trying to mislead? There is no way to know.

In any case, we're calling it a day for this recipe.

Here is the film of our renewed - and failed - attempt. 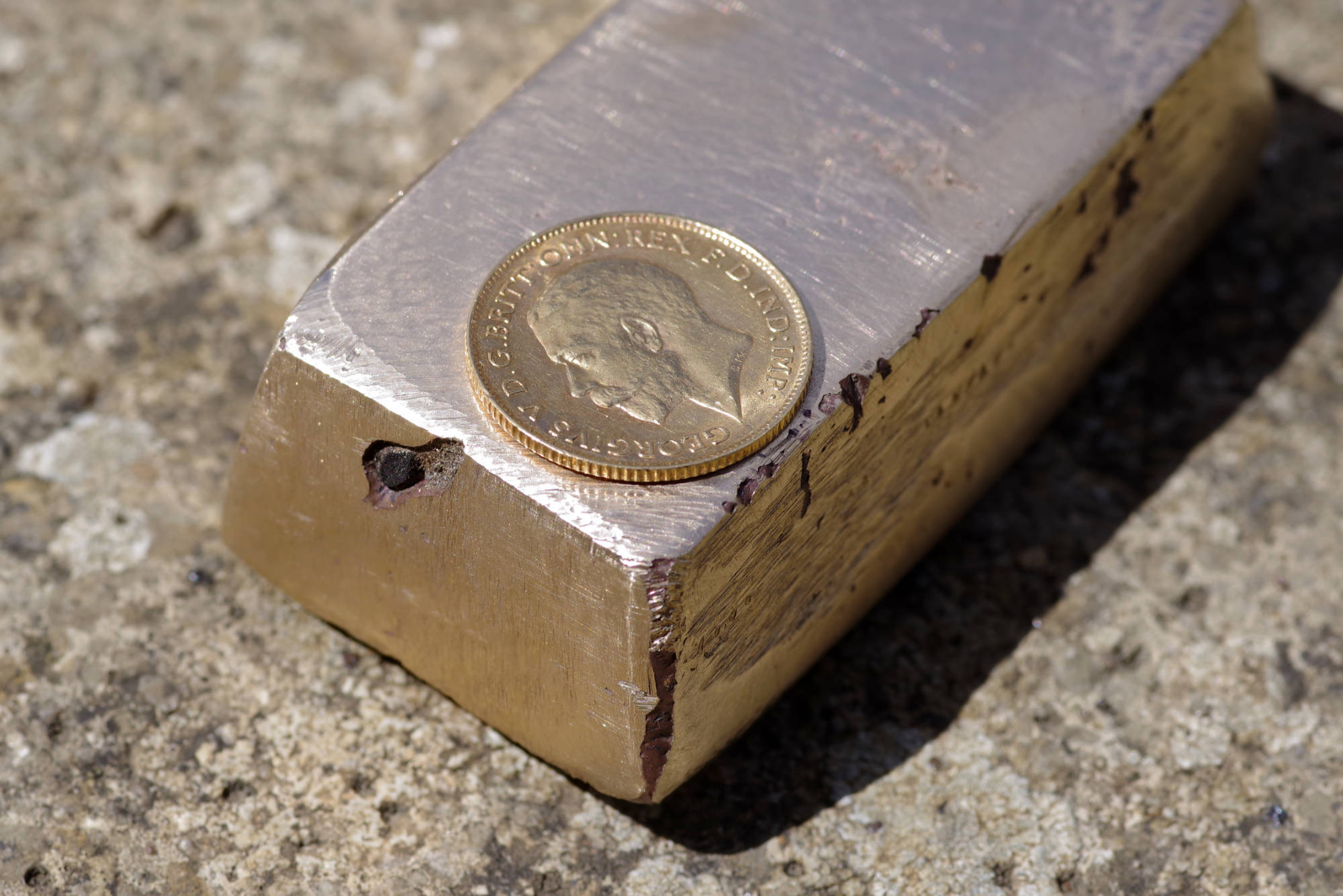 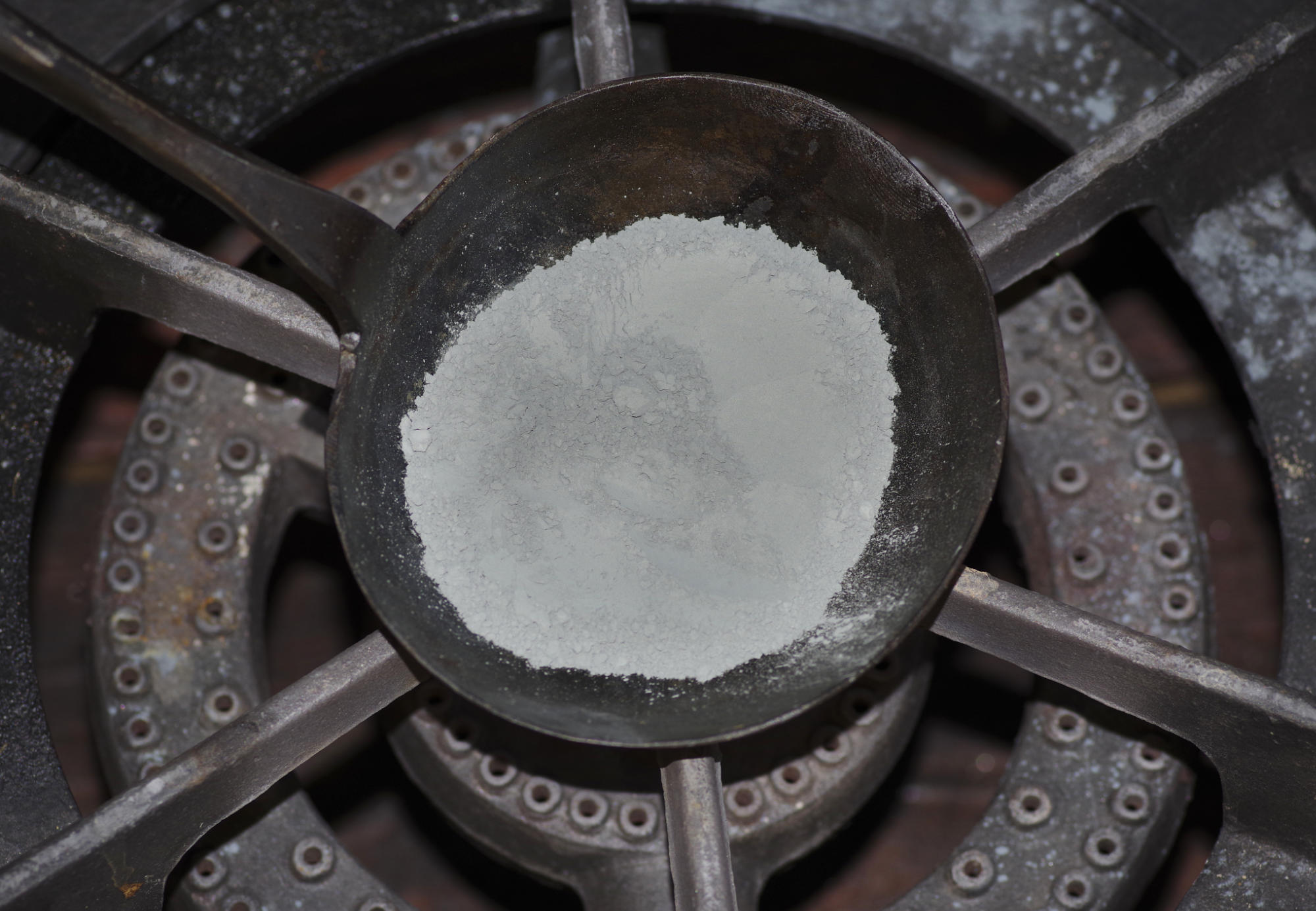 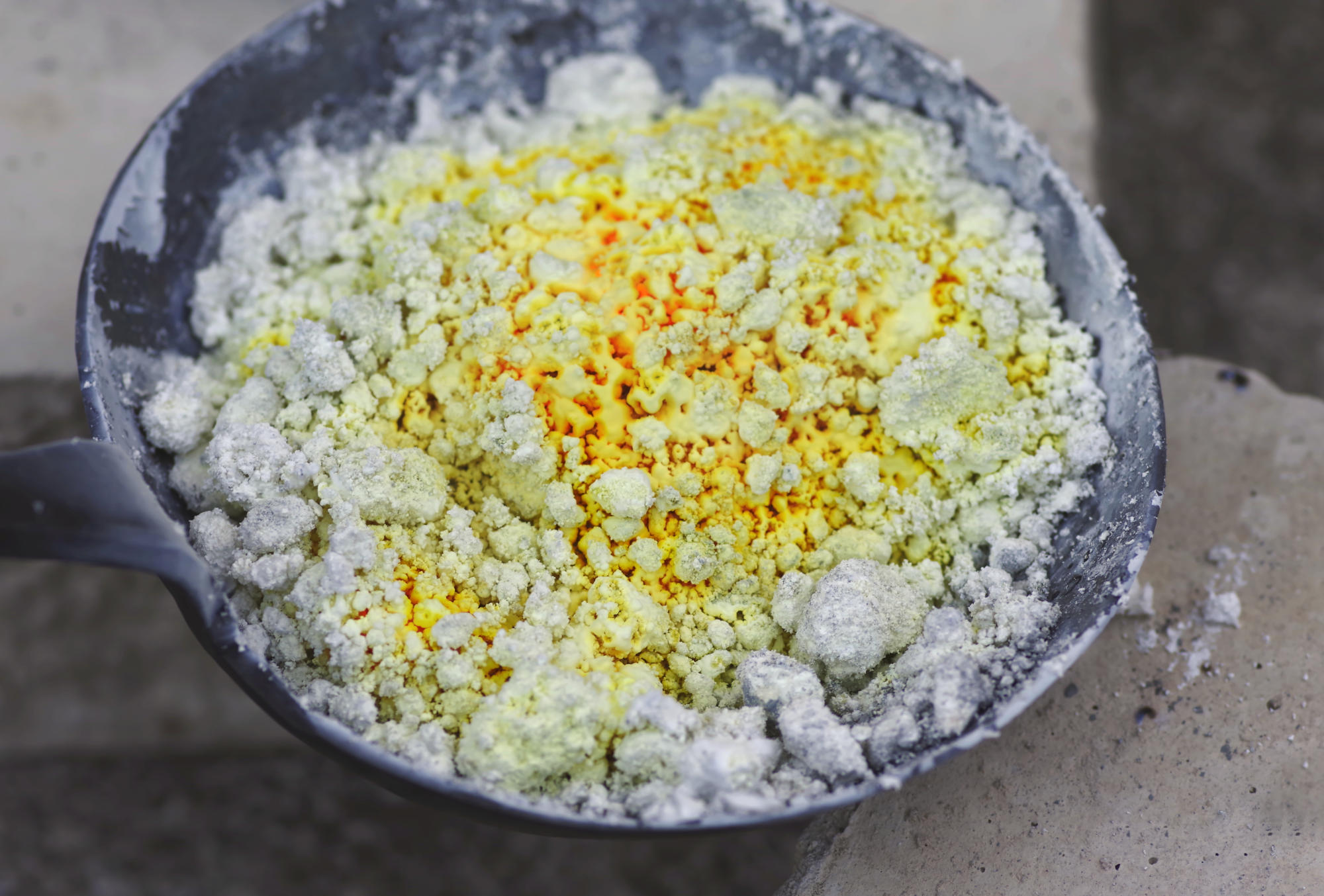 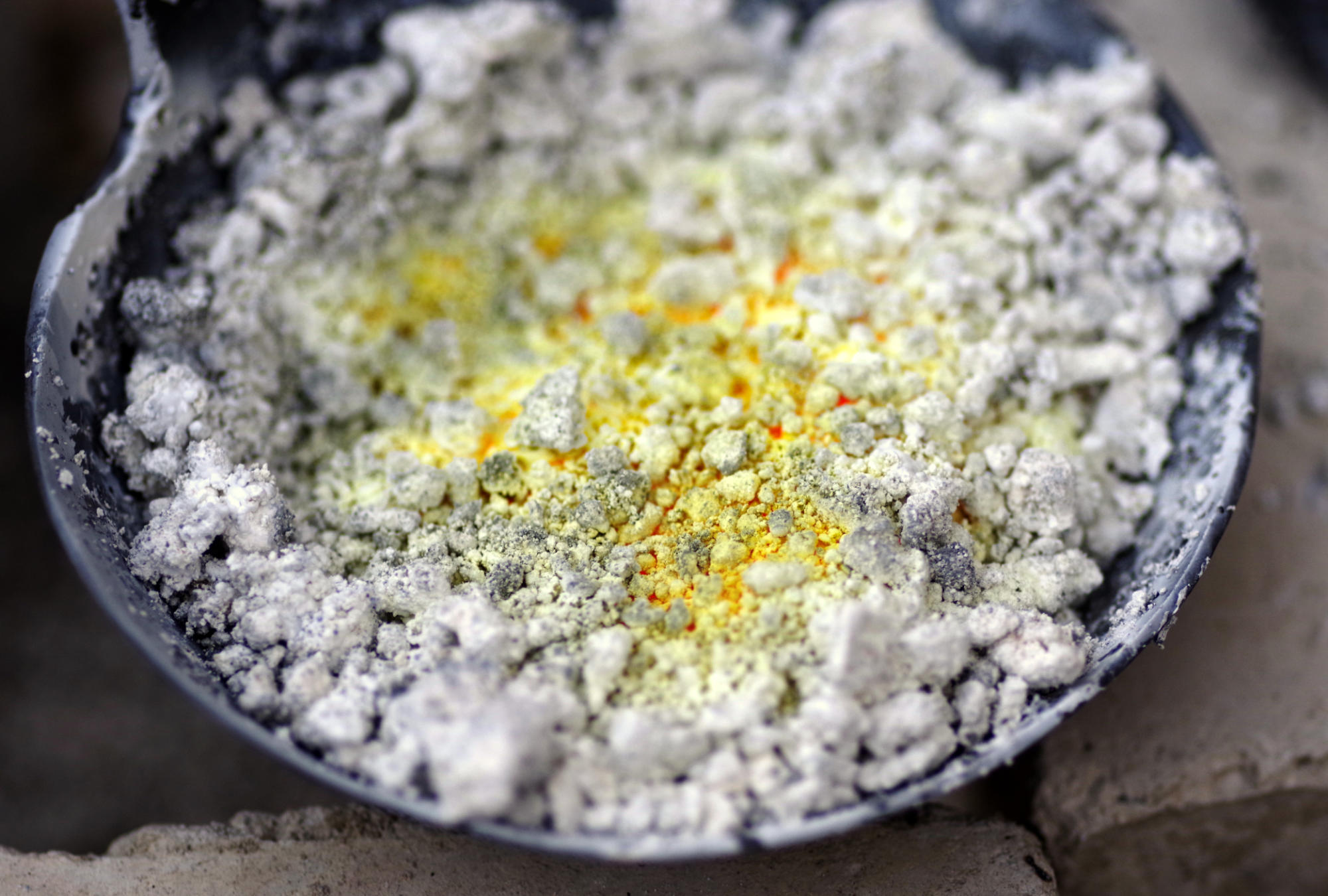 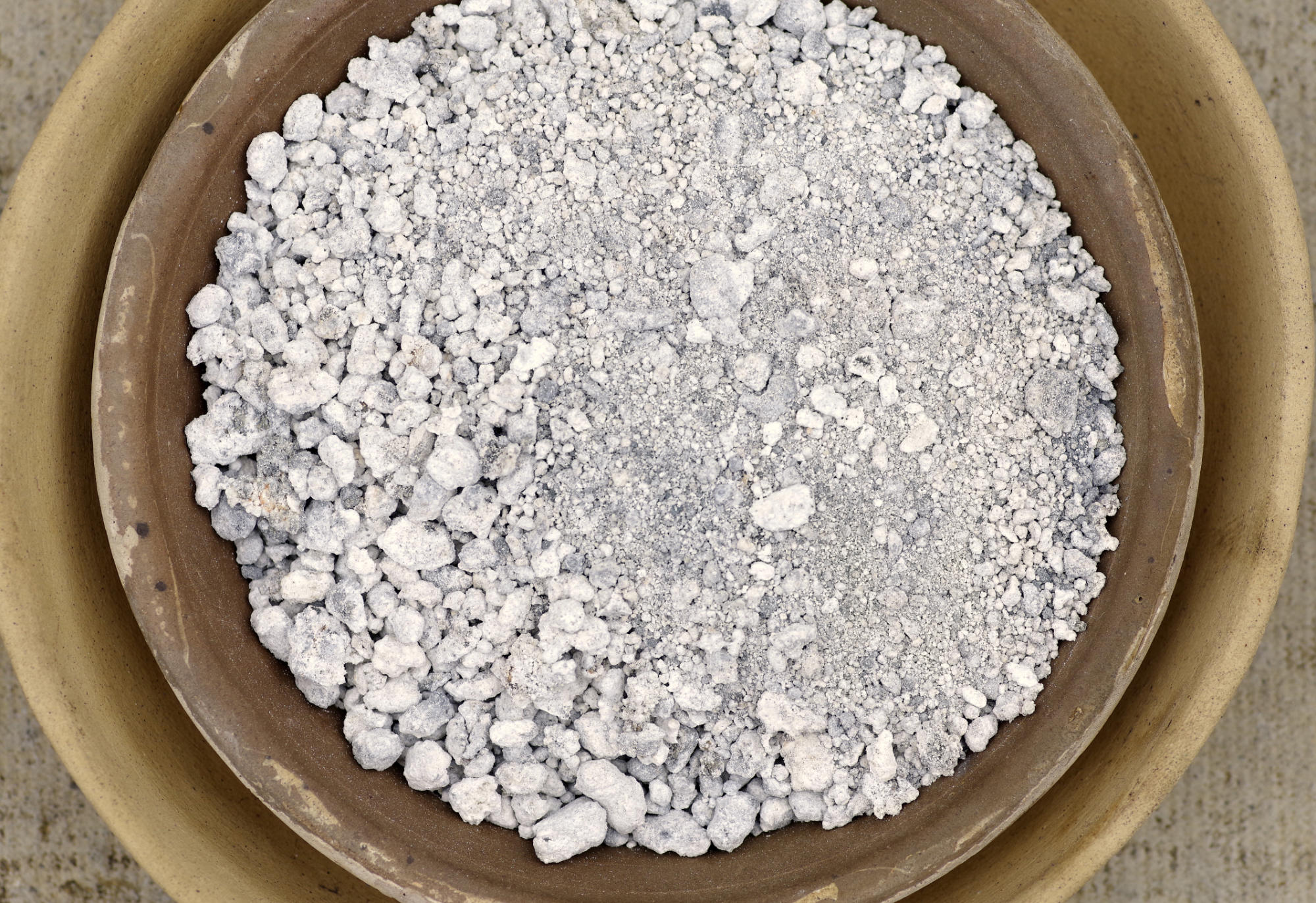 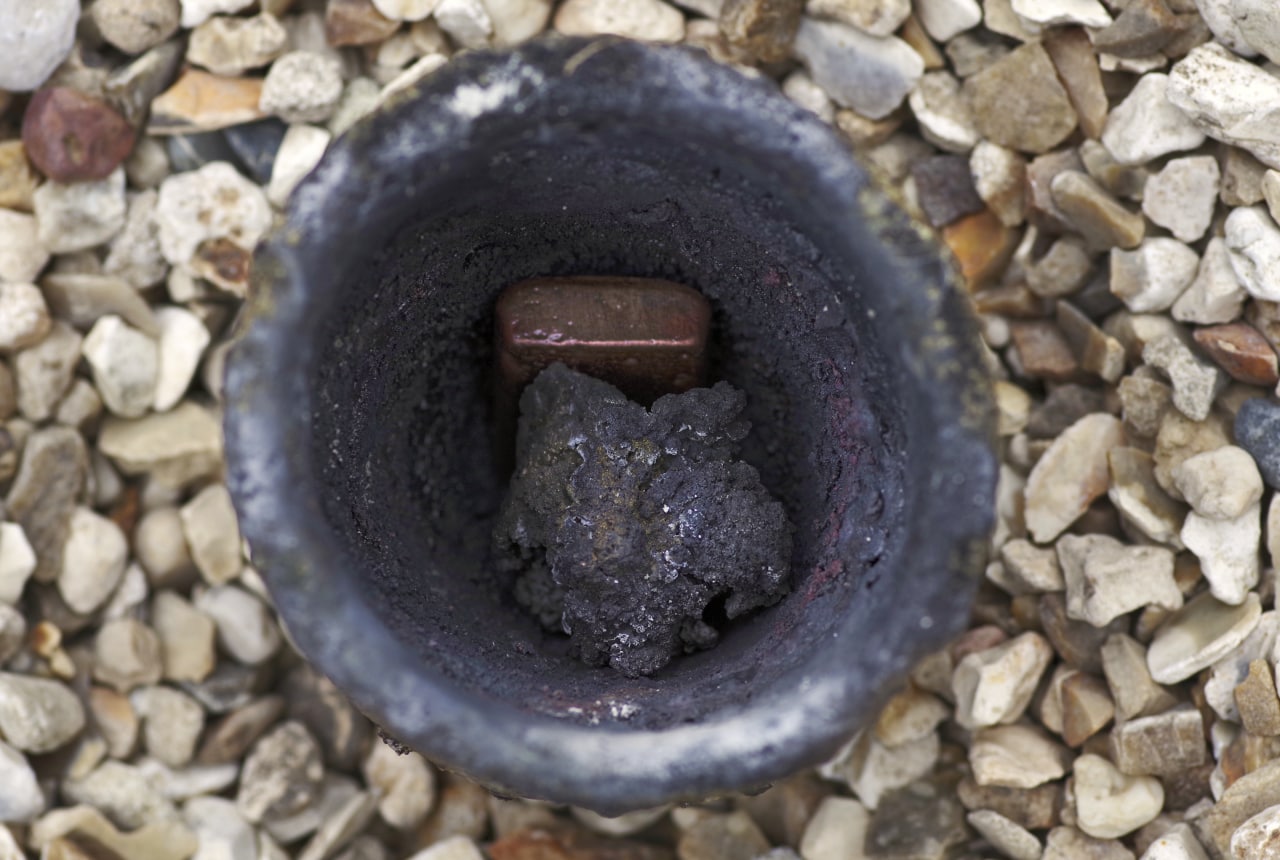 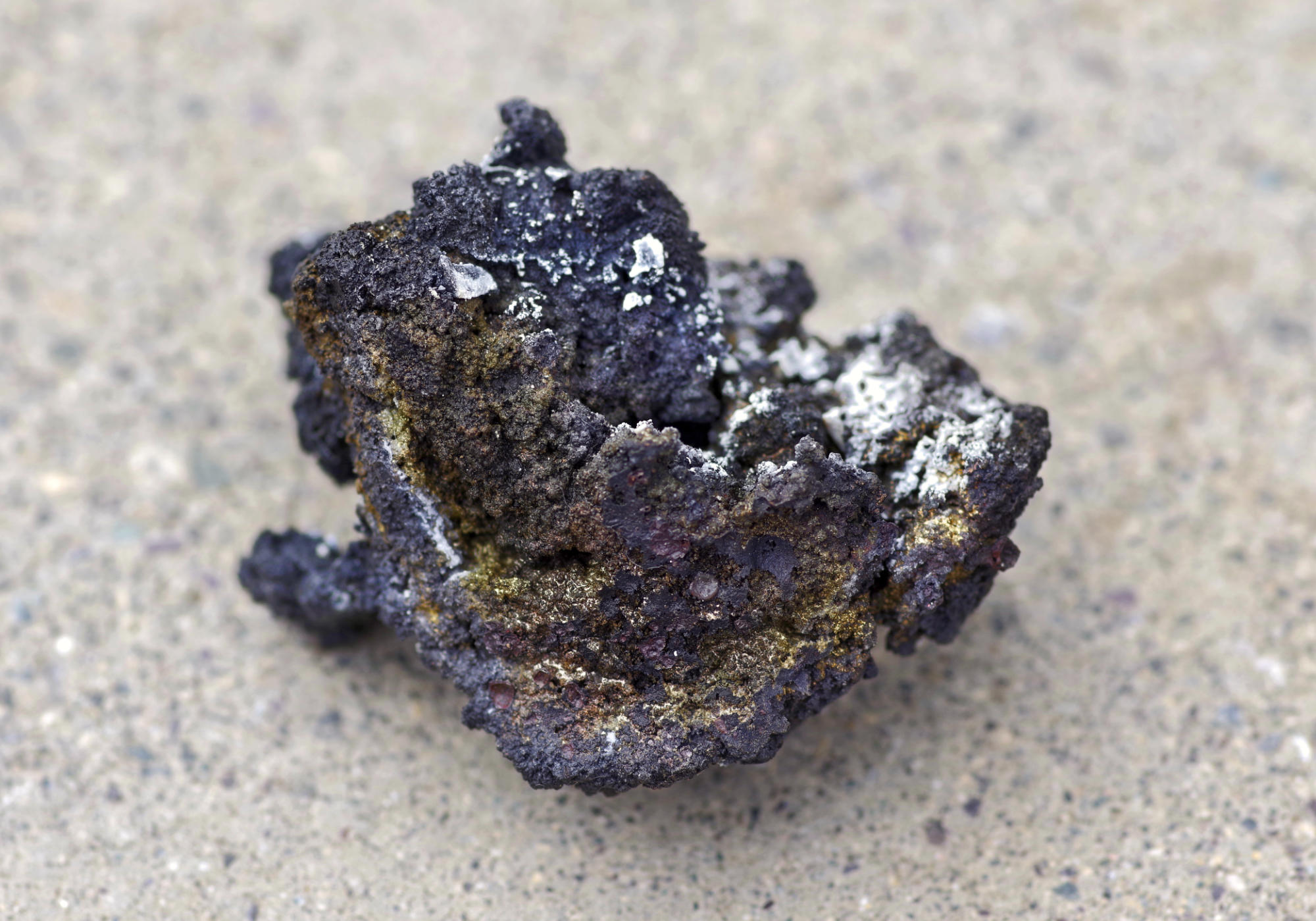 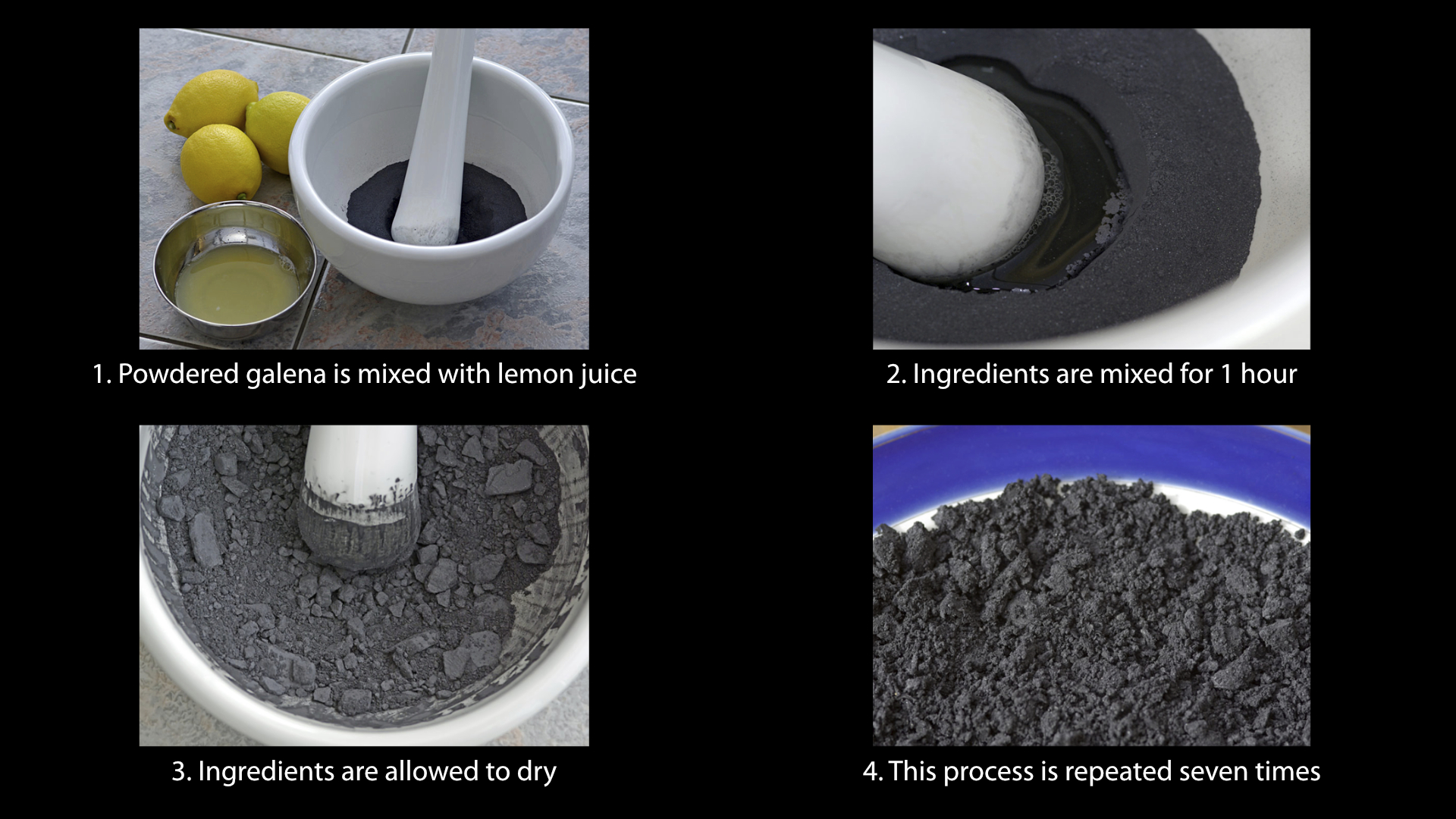 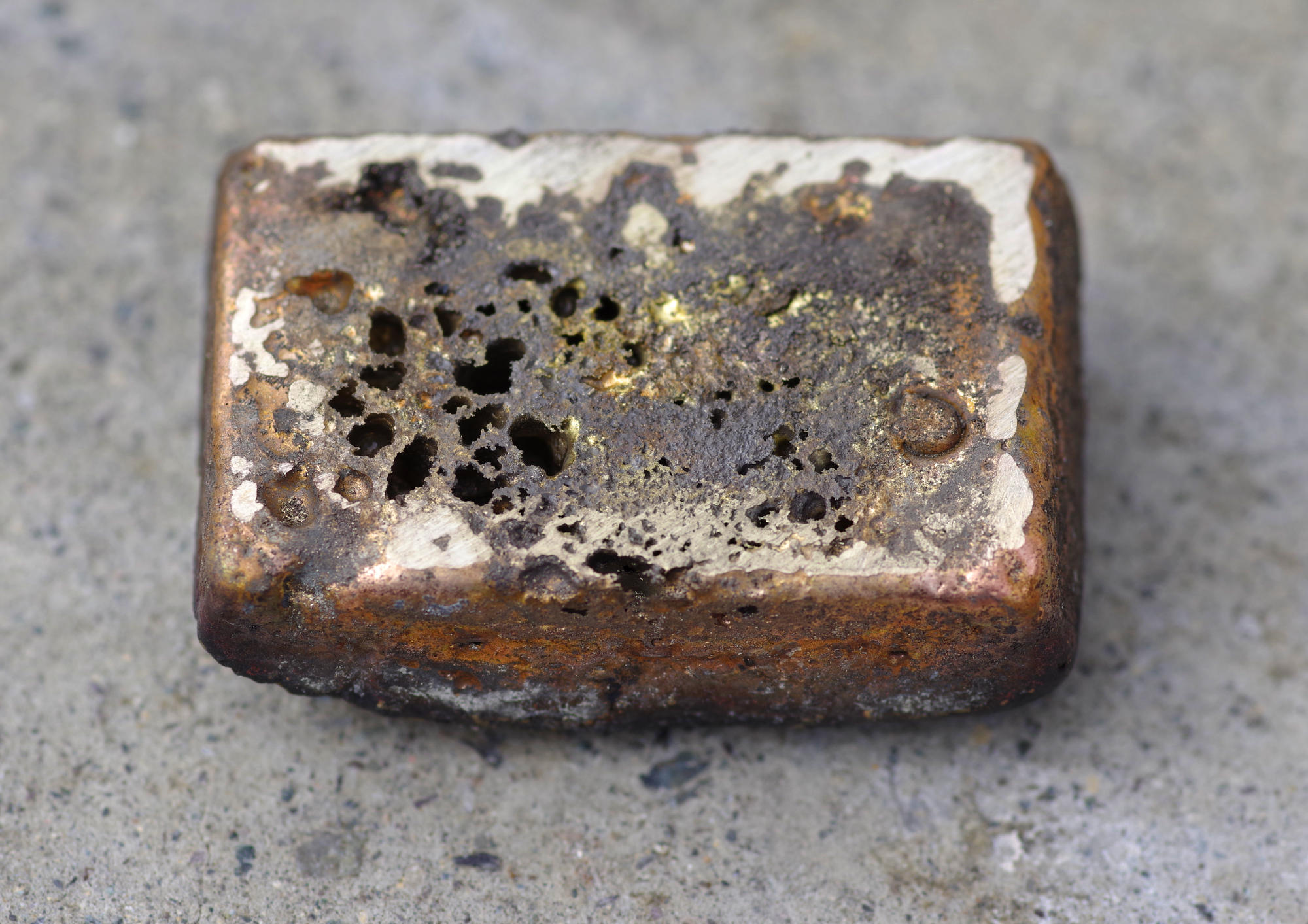 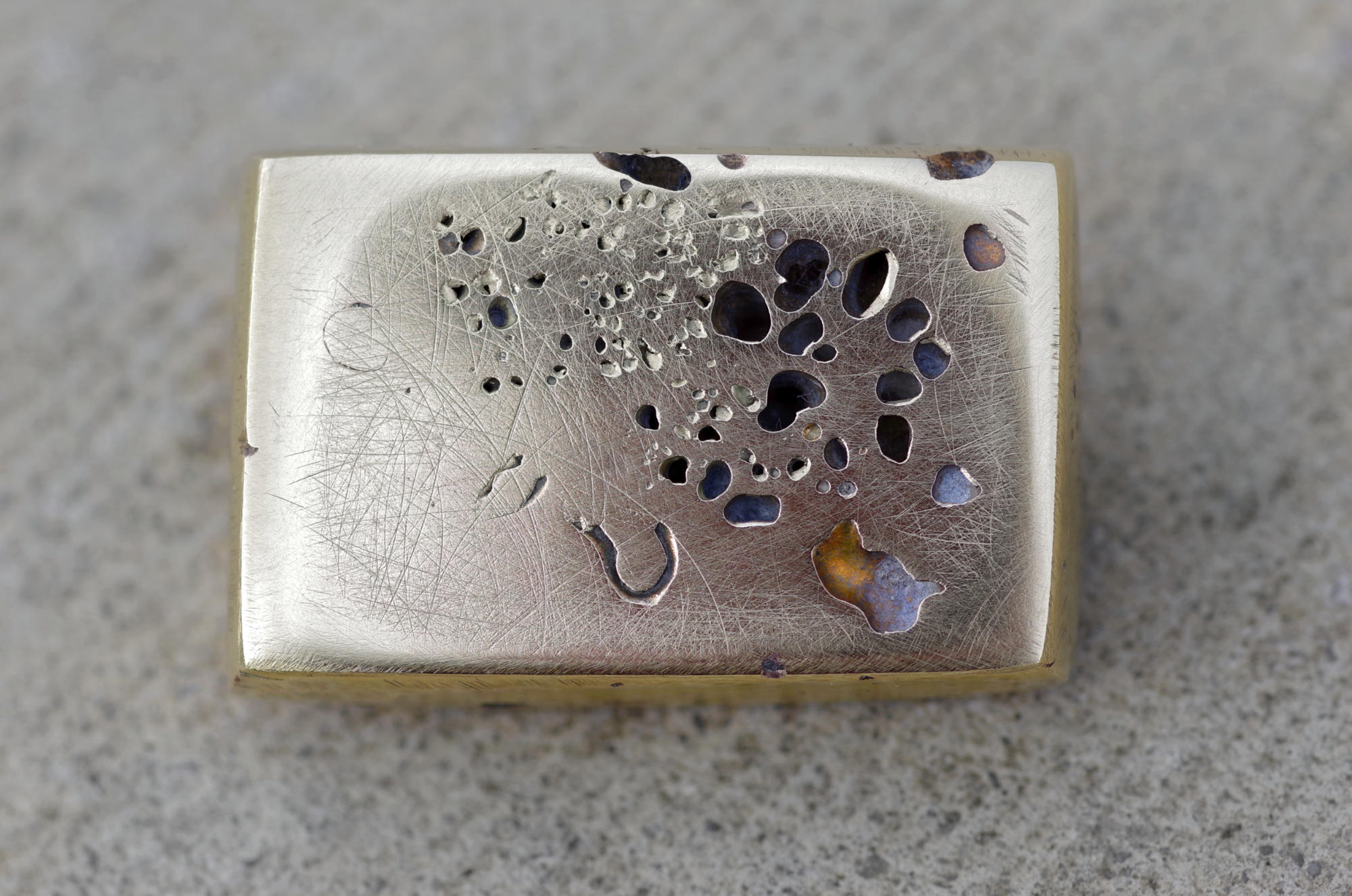